I’m beginning to like the look of the titles of these blogs, it kind of lays out a ‘format’ of sorts for me. 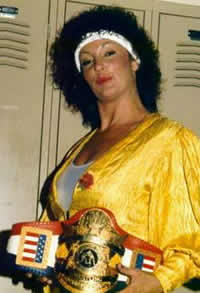 Anyways, I was surprised to hear the “Sensational” Sherri had died at the age of 49. I mean, legends and talent die every now and then, but it’s always more painful and a shocker when they’re too young or whatever. I haven’t read any details on her death as of this post, but one has to believe there is something more. I’m just glad WWE got her in the Hall of Fame, where she belongs.

This fake death of McMahon is picking up quite a bit of ‘traction’. It’s really the hot topic of the online wrestling community. I really don’t have much more to comment on in regards to it really, but since my last post, I’ve changed (or extended, rather) my opinion(s) on how this will play out. The more I read WWE.com’s articles and everything, the more it seems like the WWE might simply continue on and move on from the ‘death’ of McMahon without him coming back (at least for awhile). If you think about it, does he really need to be on TV? No, he doesn’t. That’s what General Managers/Representatives/Executive Assistants are for (not to mention it gives the “non-wrestling” talent a gimmick). On the other side, it’d be hard to continue on without it being brought up. As you can probably tell, I’m very on the fence about the angle. I still believe it can go a variety of ways. That’s what makes it so appealing.

Since my last post, WWE.com has presented the “supplemental draft”, in which 13 picks were made and a total of 26 superstars were moved overall in the 2007 WWE Draft. Some of the supplemental picks make little or no sense to me. It’s going to be weird seeing Paul London & Brian Kendrick on RAW, they just seem out of place for RAW. I mentioned (I think) that I am a sucker for WWE Drafts and it’s always because of the new feuds and new possibilities and everything. I don’t think it would be a bad idea to have the WWE Draft be on a “bi-yearly” basis (every two years). Having it every year doesn’t seem to give the freshly drafted stars time to really be established. For some reason, the full-fledged draft is better than superstars just kind of randomly jumping ship from brand-to-brand. What in science’s name is the deal with “talent” like Sandman moving to RAW (who, ironically isn’t talented enough to be a wrestler, much less be on the flagship show)? Many of the picks don’t make sense to me and probably for obvious reasons, I imagine. Not to say I’m not curious to see how it all pans out. Things are going to be interesting and entertaining, no doubt.
I will try and post another blog before Vengeance next Sunday, at which time I plan to give my thoughts on the card and who I predict to win or whatever on the pay-per-view. I thought about giving my predictions now, but with only 4 of the 9 matches made official for Vengeance, I believe I’ll wait until the weekend of Vengeance to give my thoughts on it.

Two tears in a bucket and if you ain’t down with that, I got two words for ya……

One reply on “CBlog VII- Sherri, McMahon, & The Draft”

I think that the whole McMahon angle is silly. As if you would pretend to die to get peoples sympathy, its sad, stupid and lame!