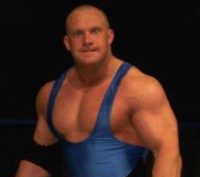 It’s been a very long road indeed but on October 26th the first ever British National Championship comes to an end.  Organised by IPW:UK the semi-finals and final take place at the Great Hall at Bromley Civic Centre. In the top half of the draw  Zack Sabre Jr faces Terry Frazier and in the bottom half it’s the new All-England Champion Johnny Moss v Dan Head.  The All-England title will also be on the line so whoever wins the tournament will hold that title too.  I interviewed Johnny Moss about the tournament and his hopes for this Sunday.

On October 26th you compete in the finals stages of the British National Championships. How important do you consider the tournament?

Very Important. I think its been quite the undertaking by IPW:UK to get 64of the top wrestlers in Britain and finally say, ‘hey c’mon lets see who is the best!’ They haven’t just picked random guys either, there’s been everyone from Johnny Saint (who opened the tournament last year) to Doug Williams, Martin Stone to Johnny Kidd and the list goes on of very talented people.

Looking at the tournament so far it’s clear to everyone you’ve had the toughest route of the final four in the tournament. So far you’ve had to beat JP Monroe, El Ligero, Doug Williams and Sam Slam. What are your memories of those matches?

Well My first match was interesting as it was also my debut in IPW:UK, as well as the first time I’d wrestled JP Monroe in eight years and boy had he changed! Me and JP started out together in 1997 at the same Hammerlock training camp, now if I’d have seen him wearing lipstick back then i would have given him the same treatment he got in the opening round of the tournament! The Ligero match was a real test as he is incredibly fast as well as fit ,he certainly kept me on my toes, but size and strength triumphed in the end, i enjoyed that one a lot! It’s always a pleasure to wrestle Doug Williams as again he is someone who will push you to your limits and test your ability. The match with Slam I was really happy with as I approached it a lot differently than people were expecting, instead of brawling and fighting with Sam, which we know he can do very well, I wanted to see if he could actually get on the mat and wrestle and I think he certainly proved to everyone, including me, that he could!

It’s win or bust really, I was happy just to have got this far but now with the title on the line it’s not only added more pressure but more incentive too, incentive to go all the way!

You face Dan Head in the semi-final and then either Zack Sabre Jr or Terry Frazier in the final. What are your views on the other three semi-finalists and who would you prefer to meet in the final?

To be honest I don’t really know a lot about Head or Frazier, I have heard good things about them though. I do however know a lot about Zack, I’ve noticed lately that he fancies himself as bit of a technical wizard and also likes to strike fast and very hard, well I think it would be nice to play him at his own game, maybe bring him down a peg or two!

If you do make the final will you be at a slight disadvantage as with Sabre Jr there’s a chance of interference by other members of the Leaders of the New School and if you meet Frazier then there’s a certain Sha Samuels to possibly contend with?

I’m ready for anything, if anyone is stupid enough to get involved then it’s their own fault, I cannot be held responsible for my actions, however violent they may be!!