This time from the Worked Shoot we catch up on all the recent news from around the ultimate fight world as I scurry around the net gathering all the titbits before going back into winter hibernation like my pet hamster! Boy it is cold out there! 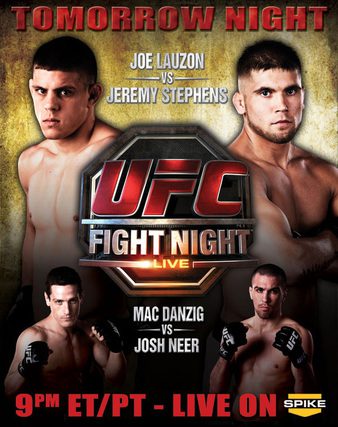 Following up two weeks after Fight Night the UFC return to pay per view back in Britain.

Come Spring time the UFC have two huge fights from the Light Heavyweights:

UFC president Dana White confirmed the fight will take place May in Las Vegas on an appearance Wednesday on the WAAF’s Hill Man Morning Show in Boston.

The co-headliner for UFC 98 will be the long-delayed welterweight bout between Matt Hughes and Matt Serra.

Making his UFC debut in only his second professional MMA fight, Lesnar lost to Mir at UFC 81 “Breaking Point” on Feb. 2, 2008. Lesnar was caught with a kneebar after dominating the entire fight with powerful ground and pound. Source: MMAFighting.com

Georges St-Pierre and his team have released an official statement responding to accusations that St-Pierre purposely applied vaseline to create an unfair advantage over BJ Penn at UFC 94.

The full statement:
George St-Pierre’s successful welterweight title defense at UFC 94 was the direct result of his disciplined preparation and skillful execution of a masterful gameplan. Any implication to the contrary would diminish the significance of what was perhaps the biggest fight in MMA history.
St-Pierre states: “I have never cheated in my life, and as my fans know, I am deeply committed to upholding the integrity of the sport. My entire camp and I have been completely open about what happened during my fight at UFC 94, we have nothing to hide. One of my cornermen did use an energy technique to help with my breathing that involves rubbing my back. He’s also done this in my previous fights. If there was any Vaseline left on his hand after he put it on my face, it was unintentional, and I do not believe it made the slightest difference in the outcome of the fight. Of course it’s up to the UFC, but I would be happy to offer BJ a second rematch. I am confident the outcome will be the same.”

Team GSP is currently enjoying our victory celebration and we will soon turn our attention and focus toward Georges’ next competitor – Thiago Alves. Source: MMAFighting.com

For the past several days I have been reading statements made by St. Pierre and Greg Jackson about our fight on January 31.

St. Pierre claims that he is “not a cheater” and that he and Greg Jackson will have “no problem with a rematch in the summer of 2009.”

To the untrained eye the grease might not look like much, but every grappler knows the effect that it has.

Being able to apply your submissions and sweeps or just being able to hold on to your opponent to defend yourself from being hit is absolutely critical!
There is a reason why you are not allowed to put grease anywhere on your body except for the area around your eyes.

I hereby accept George St. Pierre and Greg Jackson”s challenge for a fight in the summer 2009.

Lets call Dana now and set it up.
– BJ Penn
Thank you all for the support
Mahalo and Aloha From Hawaii
Source: BJPenn.com

Helio Gracie, Grandmaster of Brazilian Jiu Jitsu and the head of the famous Gracie family, has passed away aged 95, it has been confirmed by Brazilian sources.

Fighters Only correspondent Edu Ramos, who is based in Brasilia and who presents Brasil Combate TV, contacted our office with the news on Thursday afternoon.

According to family members, Gracie had icked up an infection recently and in the last few days had grown steadily weaker. His age meant his immune system was unable to fight the infection off.
Gracie died in the early hours of this morning and was scheduled to be buried later this evening (Brazilian custom is to bury the dead within 24 hours).

However, his sons Rickson, Royler and Rorion are all apparently away from Brazil at present and the funeral may be postponed to allow them time to return. Source: FightersOnlyMagazine.co.uk

The Observer reports that Bobby Lashley suffered torn ankle ligaments in training and is now out of his 2nd MMA fight that was scheduled for February 2nd against Michael Hayes for the Palace Fighting Championships.