I’m back; I’ve been away for seven weeks now and have built up a lot of tension over what’s been happening in the world of WWE.  Now that I am back into the swing of things, you can expect my normal PPV predictions as well as a lot more moaning and complaining on my part to do with certain aspects of the WWE. I am going to start with the aftermath of the draft and where I think the rosters are at right now. I will also speak about recent releases, what’s next for Batista and the traditional Good idea Bad idea. 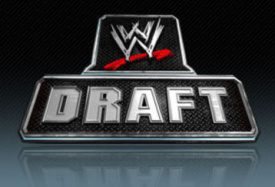 Raw: I don’t care what anybody says, Raw got the Raw deal (no pun intended) after the draft this time round, it’s got the three stars that the world of marks love to hate; Triple H, Batista and John Cena. Then you have Big Show and Randy Orton for them to feud with. Most of the wresting world feels Orton should be on top. I’m one of them; keep throwing all the faces at him I say.

Now Batista’s out for 4 months. You have to wonder”.is this the end for Batista? Will they put the title on him again if he’s so injury prone? It was around this time last year I believe when Batista said in a Powerslam interview that he’s at the age now where if he gets one injury he’s done. That was two injuries ago and makes me wonder if that time is near.

Back to Raw and the now vacated title, I would bet on the WWE to be giving the title back to Trips on Raw 🙁 . Shawn Michaels needs to come back soon and shake things up a bit.  A feud between DX and Legacy would make for great viewing.

The middle to undercard has become boring and stale since the draft. Matt is injured and lost all the momentum from the Hardy feud. Kofi and Regal are the best there, but they can only do so much, and then there’s MVP. This time last year I was a fan of MVP, now I’m not; I think the problem is, he’s a face and shouldn’t be. MVP is a heel and a very good one at that, the guy is meant to be hated and does a good job of getting people to hate him.

Smackdown: The show is looking great and Taker isn’t even back yet.  Jeff is flying high, extremely over, he should get a decent reign on Smackdown, I am torn between Hardy and Edge because of how over Jeff is and how great Edge is.  Edge in my opinion is one of the best in that company right now…himself and Orton are on top of their games.
Jericho and Rey are having a real good feud…too good for the Intercontinental Title. Jericho and Rey should be up top with Punk, Edge and Jeff, circulating between feuds for the World Title, all 5 have what it takes to carry the belt, with Punk currently carrying it makes for interesting viewing, personally I would like to know if Punk is a heel or a face now”. This is the reason why I am enjoying Smackdown, it’s making me think…

The work between Morrsion and Benjamin has been very good both in ring and on the mic. Benjamin has always been kept down due to his mic work, no more I say…I think he’s ready to step it up. Morrison on the other hand I don’t think is just yet…he’s on the right track but still needs to work on a little…he needs a more impactful finisher.

ECW: I think ECW should continue to use its brand to develop the up and coming stars of the WWE. The draft didn’t do much for ECW and to be honest I didn’t expect it too. Christian is too big for ECW, there should be some more experienced talent on the roster who can help train the younger guys like Finlay, but Christian isn’t one of them.

At the time of posting Dreamer is rumoured to have signed a new 3-4 year deal with WWE.  If this is true then why not keep the belt on him and when a young star is ready give them the title for a few months, see how they perform on a bigger stage and then switch them to Raw or Smackdown. In my opinion the ECW title should be given to a young star, the likes of Jack Swagger who is the best of the young talent and also makes people view them as someone who may be ready for the big time in a few years down the line. By big time I mean main eventing a PPV for the World of WWE title. That’s the way it worked for the likes of CM-Punk and that’s the way I think it should continue. Having a younger star struggle and then take the title off the likes of Dreamer or Finlay would show people that this guy is ready.

Kennedy: Him being released was the biggest shock to me, WWE claim it was due to him being too injury prone. I smell BS. Kennedy proved on that video that his wrists were fine; then a story started circulating about Kennedy dropping Orton on his bad shoulder and Orton getting a little upset. I don’t understand how that is even reason for a release. The guy was obviously going to have ring rust after being out for so long, I think it’s the WWE’s fault for putting him straight into the Main Event on his first night back. The WWE did at one point think highly of Kennedy, they even put him into one of their movies, they only do that for a select few of their stars. There has to be more than this one than meets the eye. 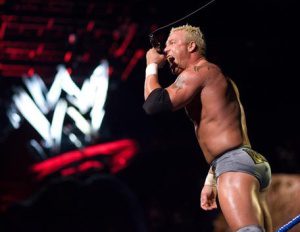 Umaga: At the time of posting, Umaga claims to have quit while the WWE are saying otherwise. No other information is around that I have picked up on, I think this is a big loss, Umaga could have been a top heel. Could there be another reason? There have been quite a few releases due to drug testing…

If TNA pick up both Kennedy and Umaga, then it might not be a bad idea to set the SKY box to start recording Impact.

Vickie Guerrero: Vickie Guerrero has handed in her notice because she wants to look after her kids more, that’s fair enough, you can’t fault her for that. Vickie was a great heel, she really knew how to wind people up once she got into the role, a void will have to be filled now, we need a GM we can really hate.

The WWE is definitely changing, they have toned down their image to attract a younger audience and are quietly releasing development talent for failing drug tests, I’m not saying that this is a bad thing, but I think that we can expect more change. There is a huge difference between the WWE and UFC. It wouldn’t surprise me if that somewhere down the line there will be a huge difference (more so than now) between the WWE and TNA. Everything is already in motion. 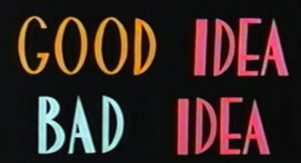 * The releases of Kennedy and Umaga…TNA can pick both of these guys up and get a bigger draw due to it! You have to wonder, Jeff wants a better contract and the WWE are cutting costs at every opportunity. I think Vince has a secret pecking order where he will cut some people to save others”, he is a business man afterall.