Let us rejoice, the Heartbreak Kid is back. After a lengthy hiatus following his dazzling display against the Undertaker at Wrestlemania 25, Shawn Michaels has returned to inject some life into a floundering Monday night Raw. He will bring ratings, razzamatazz and wrestling excellence aplenty but can the much-loved star generate something even better – a fifth world title reign? 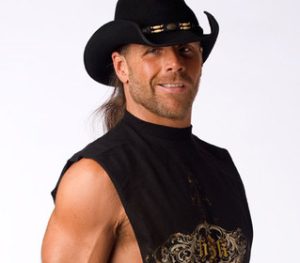 Michael Hickenbottom (Shawn Michaels to you and I) has showcased his stunning array of skills for over two decades and though the body is creaking and retirement edges closer, Mr. Wrestlemania is still head and shoulders above the vast majority of his compatriots. The all-round package is the best there is – even if the seasoned Kurt Angle and Chris Jericho may disagree – and while it is hard to find a bad Michaels feud, it is even more taxing to unearth a rotten Michaels match.

In recent memory, HBK has dragged the last drop of talent out of a waning JBL, made a Vladimir Kozlov match rank above ordinary, pulsated audiences during his bitter rivalry with the captivating Jericho, aided John Cena’s transformation from cumbersome upstart to WWE pivot, given Ric Flair a tearful but perfect send-off under the bright lights at Wrestlemania 24 and possibly provided the greatest match of all time when he wrangled with the Phenom on that mesmeric April evening in Texas. Michaels has the Midas touch – the rings he graces and the opponents he battles generally turn to gold, however, can Shawn do the same?

There are definitely those that require the title more. Randy Orton’s current reign has yet to take flight and despite past wins over Cena, Triple H, and the subject of this piece, the Legend Killer is in dire need of a run with the strap that propels him to the peak of power. Then there is Raw’s host of mid-carders, just waiting for the door of opportunity to unbolt. MVP leads the charge, while, Jack Swagger, the Miz, Ted DiBiase, Cody Rhodes and Kofi Kingston should be intent on following suit. These are men who must have the belt in order to prove they belong at the pinnacle, Michaels, on the other hand, is the pinnacle. Should the Showstopper taste the title again, it would be because he warrants the thing.

With the chief WWE championships more akin to a time bomb – toing and froing at rapid pace – than the hard-earned, long-held prizes of yesteryear, it is not inconceivable that Michaels will get his chance at glory. After all, he is one of the select class of superstars that perennially frequents the main-event and even though the Icon has come up short in bouts against Cena, Jericho and Orton in the previous few years, the crowning of HBK would be credible (because he is so darn good) and venerated (because he is so darn popular).

Unfortunately, it may not be practical. The veteran wrestles a limited schedule and is not a regular house show performer, something WWE officials frown on when deciding on which shoulders the title will rest. Over on the blue brand, Undertaker is urged to operate full-time if he desires Smackdown’s paramount strap and should Michaels want Raw’s ultimate prize, he may be encouraged to do the same. In all likelihood he will refuse. The born-again Christian and doting father and husband has a life outside the ring which takes precedence and it is doubtful, no almost impossible, to think he will curtail that for a final canter with gold.
While most of us would relish seeing Shawn scale the mountain once more, bringing some desired freshness to the dormant title scene of Monday nights, in a funny kind of way, Michaels is too good to hold the award. The function of the metallic prop should be to elevate new figures to the summit of WWE, the way it’s doing for CM Punk, the way it did for Brock Lesnar and JBL and the way it hopefully will do for Raw’s bevy of young talents that were mentioned earlier in this article. Nursing the egos of the already established ought not to be the reason a championship is carved.

Yet, a prize should only be given to someone who merits it and so should the world title. Creating new stars is a necessity but in the process, the best must not be left behind, and due to his breathtaking talent, longevity and charisma that is so tricky to discover, Shawn is unsurpassed at the zenith of his profession. Will Michaels become Champion again? Probably not. Does he deserve to? More than anybody.