In his first interview since his WWE release on January 17, Eric Alexander Pérez aka Eric Escobar lends his thoughts on his release, a potential future in TNA, his time in the WWE, and his future in the wrestling business; all in a Wrestling101.com exclusive interview… 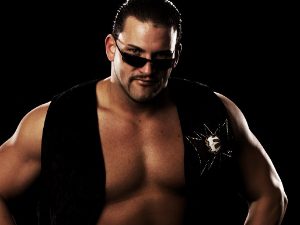 You were released by the WWE on January 17, did you see any signs that your WWE career might be in jeopardy?

NO…Especially if you consider the fact that the week before I spoke with 2 people one is a higher up in the WWE and the other is a head writer they both assured me everything was fine and that they were just looking for an idea to get me back in the mix put me on TV and give me something to do as well as telling me they were both big supporters of mine.

With such a short run on SmackDown, do you feel you were given a fair chance to succeed?

No, I mean new characters take time to develop. You can’t expect any character to be an overnight sensation. They have to have a story where they come from why are they there. You can be around for an entire year before people start to recognize you and associate you with what you do. I think it would’ve been a lot different if I started slow wrestling locals then moving to bigger and better things, you know the same formula they use with other guys. If they wanted me to be this killer then LET ME BE THE KILLER, feed me something I can sink my teeth in. I’m not saying in any way shape or form that what they gave me wasn’t good but they didn’t give it time to develop before they killed it.

You were in WWE developmental for four years before being called up to the main roster, what was the most memorable match you had in developmental?

Not to brag but I had a lot of those, both tag team matches and singles. Those that come to mind with The Harts (both in a 3 way and in tags with Primo) against Low-Ki, Heath Slater, Johnny Curtis, Joe Henning, Drew McIntyre, Stu Sanders, Tyler Reks there was 1 match I had with a kid named John Cutler that I really liked, this is just to mention a few. I don’t have a specific match that I put over as my crown jewel, but out of all these the freshest one I have in my head is the one with Low-Ki. The sad part about some of these matches is that most of them were on non televised live events.

It was great she is a classy lady, very smart and very supportive. I have all the respect in the world for her. 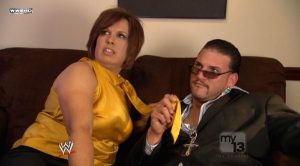 Have you received any offers from TNA or other wrestling organizations? Would you ever consider going to TNA?

There are some things in the horizon some offers. I have to sit down and consider the pros and cons of my actions when the time comes.

You got your start wrestling for IWA and WWC, do you see yourself returning to either or both of those companies?

Yes in fact I’m going to work for WWC for a bit, I have to stay on the grid like they say outta sight outta mind.

So far you have had eight runs as a tag team champion, which partner did you enjoy working with the most?

I would have to say Primo, Rico Suave and Andy Anderson. I enjoyed all the partners I had but I think with these 3 not only did I learn a lot but I also had the most fun and had the most chemistry.

Who or what inspired you to get into the wrestling business?

I always was a fan since I was a kid. In PR it was a guy by the name of Chicky Starr and in the states it was a guy I don’t know if you remember him his name was The Rock…ha-ha…There was something about these guys, they could control the entire crowd with the simplest body movements you know like raising an eye brow.

If you were not a wrestler, what would be your profession?

I might be working for the federal government. I’m a hustler and a survivor. I’ve always been a hard worker no matter what I do. That or trying to make it as an actor regardless of what I would be doing I still be a superstar.

If you had one thing to say to aspiring wrestlers, what would it be?

You don’t have to learn anything from me wrestling wise but look at my story, ask around to the few people that really know what I’ve been through and everything I did. I put in the time, learned the craft, became a student, leader, and teacher, worked hard and earned the respect of not only trainers, but my peers as well as the fans that saw me on a regular basis. I did everything in my power to get to the top, did it work out as I planned or envisioned? No, but I can sit here and say that I have no regrets. I’m not saying I had it worse than everyone else because I know I’ve been blessed and I wasn’t living under a bridge but it was a long hard walk for me.

Either that or truth be told go play football, you could still end up in the wrestling business.