After a very successful campaign, the votes had been cast and counted. What you are about to read is a run down of the greatest WrestleMania matches, one per event, as chosen by the members of Talk Wrestling Online.

The polls were conducted for last year’s event, with the 25th match being the highest-scoring runner-up from the votes cast for WrestleMania I-XXIV. This year, I thought I’d take another look at the results for those who missed it first time around and, since we now have a 25th event to take a match from, update it at the same time. Over the next few days, we’ll count down the Top 25 WrestleMania Matches, five per day, to get you hyped for 2010’s extravaganza.

While some of the results and that the later events would see more action were always going to be obvious, there are one or two winners that may come as a surprise to many of us.

For WrestleMania XXV, a new poll was put up on the forum to decide which match was the best from that event. Even now, before the results are in, I have a sneaking suspicion on what the winning match will be, but perhaps time has been kind to something other than HBK v Undertaker.

So, with ‘Mania-mania at a fever pitch, let’s remind ourselves how the votes panned out (incidentally, as it won’t be included in this column, Edge v Undertaker from WrestleMania XXIV was the highest-scoring runner-up with 15 votes. A tally which is actually higher than some of the winning bouts).

The first WrestleMania was built around one match and one match only; Hulk Hogan & Mr. T v “Rowdy” Roddy Piper and Paul Orndorff. The seeds had been sown in the months prior when Piper, on Piper’s Pit, smacked Jimmy Snuka in the head with a coconut (you may have heard the story once or twice) and hired Bob Orton as his bodyguard. After insulting Hulk Hogan and the “Rock ‘n’ Wrestling Connection”, Piper found himself in a feud with Hulk that was to be concluded at “The War to Settle the Score”, a landmark event that aired on MTV (back when MTV had music videos on it). Of course, as is the case in pro-wrestling, “TWtStS” actually settled nada, as “Mr. Wonderful” and Mr. T interfered in the bout and set in motion events for the main event of the biggest wrestling event in history; WrestleMania. Training montages of Hogan and T were shown on WWE television and, as the match drew closer, the two faces hosted Saturday Night Live (Hogan also, for real, albeit by accident, choked out a television presenter in the run-up, but no-one talks about that). Come bell time, and with the special referee (Muhammad Ali) on the outside, the fans in Madison Square Garden were ready to watch what they had paid to see. Mr. T did well for a non-wrestler and set the bar for those that followed (with Lawrence Taylor and Floyd Mayweather, Jr. raising it further), while the crowd were red hot and the two seconds, Orton and Snuka, playing their parts to perfection. It has been said, many, many times, that Vince McMahon bet everything on this one event. A lot of people claim it to be hyperbole, but had this event failed, then pro-wrestling as we know it would not exist. It really is as simple as that. 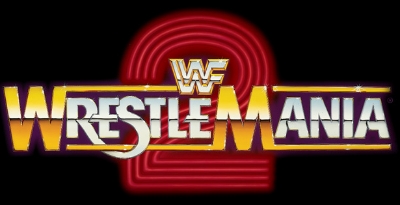 For the second WrestleMania, WWE decided (wrongly, in my opinion) to host the event from three different venues in three different cities. Uniondale, NY (headlined by Mr. T v Roddy Piper in a boxing match), Rosemont, IL (closed by the WWF Tag Team Title Match) and Los Angeles, CA (main-evented with Hulk Hogan defending the WWF Title inside a steel cage against King Kong Bundy). For the majority of those who voted, the WWF Tag Title victory of The British Bulldogs over the team of Greg Valentine and (a pre-Barber) Brutus Beefcake was the best match of a rather average card. Accompanied to the ring by Lou Albano and Ozzy Osbourne, the Brits claimed victory with one of the most memorable finishes in ‘Mania history – Davey Boy took the head of Valentine and rammed it into the skull of Dynamite (who was on second rope at the time) and knocked “The Hammer” clean out. The crowd in Illinois screamed the place down as (one of) the greatest tag team in WWE history finally ascended to the throne. The icing on the cake is that this led to the wonderful series between The Bulldogs and The Hart Foundation, so everyone’s a winner… except The Dream Team.

A runaway winner, Randy Savage v Ricky Steamboat is considered by many to be the greatest WrestleMania match of all time… if not the greatest WWE match, period. I personally think that it is slightly overrated, but that doesn’t mean that the bout isn’t a fantastic piece of work by both men. The lead-in to WrestleMania had seen Steamboat taken out by Macho Man after he leapt from the top rope and driven a ring-bell into the Dragon’s throat. Out for revenge, Steamboat vowed to wrest the Intercontinental Championship from his nemesis in front of the largest indoor crowd in history [tm]. For close to 15mins, these two put on the (pre-planned) performance of a lifetime and had the 93,000 fans packed into the Silverdome on their feet for most of it. The added distractions of George Steele and Elizabeth at ringside were not a detriment to the bout and the action was hard-hitting and fast-paced from bell-to-bell. In the end, an out-of-nowhere surprise finish brought the match to a close and crowned a new IC Champ… only for Steamboat to lose it three months later to The Honky Tonk Man.

For the first time in history, the WWF Championship was vacated after Hulk Hogan was screwed out of the title by Ted DiBiase, Earl Hebner and André the Giant on The Main Event, a show that spun-off from Saturday Night’s Main Event, and garnered the highest viewing figures for any wrestling show in history (33million viewers for a 15.2 rating). André sold the title to DiBiase, but Jack Tunney (RIP) declared this invalid and vacated the belt. To remedy this, a tournament was set up for WrestleMania IV, with both Hogan and André getting a bye into the second round. It mattered not as neither man advanced due to a double-disqualification. This allowed the focus to shift onto the real star of the show, “Macho Man” Randy Savage.

Going through three gruelling matches against three varied opponents (Butch Reed, Greg Valentine and One Man Gang), Savage found himself in the final against “The Million Dollar Man,” who had received a bye at the semi-final stage and was well rested. The stage was set and the crowd were at a fever pitch when the bell rang for the start of the match. Jesse Ventura and Gorilla Monsoon are on commentary duties (and, in my opinion, have yet to be bettered as a duo), providing the vocal backdrop to what is about to unfold. DiBiase, with André at his side (Virgil had been taken out earlier in the evening) controlled the early going. Savage did manage to hurl him over the top to the floor, but when he went up top to deliver an axe-handle blow, The Giant stood between the two wrestlers and dared Macho to jump. The odds were stacked against him and, fearing for Elizabeth’s safety, Savage sent his manager to the back… only for her to return with Hulk Hogan as an equalizer to DiBiase’s second. With this new kink in the tale, the New Jersey crowd went into overdrive and the match picked up steam until the awesome finale. DiBiase locks in the Million Dollar Dream and Savage is done… until Hogan comes into the ring, wallops Ted in the back with a chair (almost causing Ventura to explode with rage) and allows Randy to deliver his patented top-rope elbow and secure his first WWF Championship. The fans didn’t care that the good guys cheated and the after-match celebrations were a joy to behold.

Rumour has it that Ted DiBiase was scheduled to win this event, but Savage complained about not getting the IC Title back and was given the WWF Championship as compensation. True or not, it doesn’t take away from a glorious end to what had been a mediocre tournament. 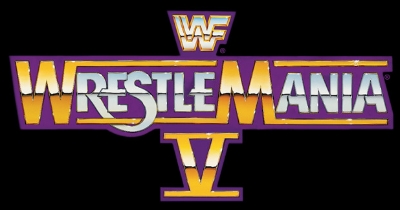 In an event never to be repeated, WrestleMania emanated from the same venue two years running… and what a difference a year makes. At WrestleMania IV, Randy Savage won the WWF Championship with help from Hulk Hogan. The two men went on to form The Mega Powers and headlined the very first Summerslam against The Mega Bucks tandem of DiBiase and André. All was cosy with the Powers until the green-eyed monster reared his ugly head; Savage (who was notoriously jealous when it came to Elizabeth in real life) was getting vexed by the attention his manager was showing to Hulk Hogan and vice-versa. Various incidents and mix-ups led to the events during a tag match against The Twin Towers (Akeem & The Big Boss Man) –  Elizabeth ended up knocked out at ringside and Hogan carried her to the back to get help. This left Savage all alone to battle the two behemoths himself until his partner returned. When Hogan did return, Randy slapped him in the face, took his WWF Title belt and left (although Hulk got the win against The Towers anyway). Backstage, Hogan and Savage had an argument that led to Macho Man caning Hulk with the title belt and going full-blown heel. So, one year after he claimed the title with Hogan’s assistance, Randy Savage would put the gold on the line against his former best friend.

For just under 18mins, the two biggest stars in the company took centre-stage in Trump Plaze and put forth a fantastic main event, full of what you would expect from two legends at the top of their game. Elizabeth was at ringside for the bout and, uniquely, managed both men at the same time. Despite a spirited effort, Savage couldn’t stop Hogan from Hulking Up and fell victim to the Big Boot/Legdrop combination, losing the WWF Title to his fiercest rival. Elizabeth celebrated with the new champion, much to the disgust of Jesse Ventura on commentary and would remain estranged from Randy Savage for two full years.

For Hogan, things were going to get a little interesting…