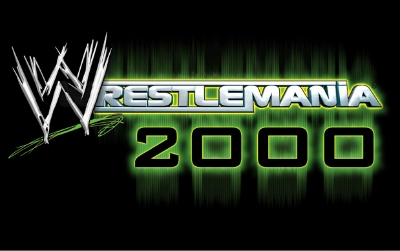 Apart from the first two WrestleManias, one-on-one matches have been the voters’ choice throughout the poll. With this event, that was never going to happen; the only singles match at WrestleMania 2000 was between The Kat and Terri Runnels. It also marks the first appearance of the WWF Tag Team Titles since WrestleMania 2.

The top story going into WrestleMania 2000 (the only ‘Mania to be named for the year it took place) was the “McMahon in Every Corner” main event, but the tag-team ranks in WWE at the time had taken a massive leap forward from the dreary days of The Godwinns, Body-Donnas and Smoking Gunns three-way feud. Arguably the most heated the WWF tag division had ever been, the chemistry between the three brother tandems (the teams were comprised of either real of storyline brothers) was unbelievable and brought with it many great matches.

The precursor to “Tables, Ladders & Chairs,” this Three-Way Ladder Match escalated things to another level. Edge & Christian and The Hardyz had been feuding for a while (with their outstanding No Mercy ’99 Ladder Match still being talked about today), but, before it could get stale, The Dudley Boyz arrived from ECW and tore the house down. Going into the event, D-Von and Bubba were the champs, but the titles were essentially vacated as they were placed high above the ring.

What followed is a perfect example of how stunt-fest wrestling should be done. High-spots were well worked and well-timed, every wrestler had a chance to shine and the fans were kept glued from bell-to-bell. I honestly didn’t want this match to end, but when Edge & Christian reached up and grabbed the titles, I knew I was watching history being made. That the three teams could follow this up and go on to even better things is an awesome achievement. That they did it consistently is a miracle. Tag-team wrestling doesn’t come much better than this. 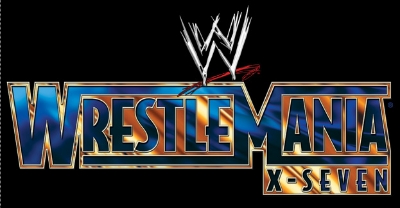 Is it coincidence or fate that Rock/Austin should win the voting for WrestleMania X-Seven with X-Seven votes? Either way, the second WrestleMania main-event featuring these two had a lot to live up to. Not only did it have the legacy of their first ‘Mania encounter of two years earlier, but they also had to live up to what many consider the pinnacle of WrestleMania cards.

We had no reason to worry though, as the two men had another blistering encounter that, while the worst of their three main events (which is like saying Return of the Jedi is the worst of the original Star Wars trilogy – still a great movie, just not as good as the other two), is captivating from beginning to end. With the No-DQ ruling in full-effect, the action was hard-hitting and energetic… until Vince McMahon came down the ramp. At that point, EVERYONE wondered what the boss would do. He didn’t disappoint. The Rock landed The People’s Elbow and went for a pin, only for Vince to yank the referee out of the ring. The entire crowd were shocked, but not as shocked as they would be when Austin asked McMahon to give him a chair and then walloped The Rock with it over a dozen time. One three-count later and we had a new champion, but, more importantly, Austin had crossed over to the dark side and teamed up with his most hated rival. The sight of Austin and Vince shaking hands to close WrestleMania was, no pun intended, a stunner.

In hindsight, Austin aligning himself with McMahon didn’t really work and the fans didn’t want to boo Stone Cold. The man himself wishes he’d done it differently, but, for that one night, WrestleMania ended with a sight we thought we’d never see. 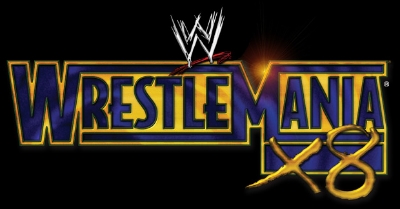 Chris Jericho v Triple H may have went on last, but they were fooling no-one; the REAL main event of WrestleMania X8 was the titanic clash between “Hollywood” Hulk Hogan and The Rock. Quite possibly the last true dream match, Hogan v The Rock was the stuff of pipe dreams and videogame CAWs. WWF Magazine even ran a Fantasy Warfare article featuring the two. Hogan hadn’t competed in the WWE since June of 1993 and had been out of wrestling since WCW closed its doors in January of 2001, so the prospect of him and Rock tangling seemed to be the work of fiction writers… until Vince brought back the original nWo. From that moment, the match was on; Hogan, the old lion, against The Rock, a man many saw as Hulk’s natural successor. A chance meeting at No Way Out kick-started the angle. Hogan pinning Rock, cleanly, after a legdrop, in a tag match showed the world he could still get it done. The stage was set.

WrestleMania in Toronto was the venue and this match, more than any other, captured the spirit of what WrestleMania means. When the two wrestlers stared at each other in the middle of the ring as the fans excitement reached critical levels, you were drawn into another world and would not be able to take yourself away until the final bell had rung. The actual in-ring action is pretty basic, but with two masters of working the crowd and a crowd that wanted to be worked, this was elevated to an experience far beyond a simple wrestling contest. Canada wanted to cheer Hogan and nothing was going to stop them doing that. Rock, being the smart guy that he is, played up to it and became a subtle heel for the duration of the bout. Hogan worked the fans as well as he ever has and the match lived up to its “Icon v Icon” billing. The Rock won the match, but no-one really cared about that. Hulk Hogan and Hulkamania were back in WWE and that is all that mattered. Hogan’s ovation in Montreal following this event cemented his status and led him to one more run on top as the WWE Undisputed Champion. This is the perfect example of how a main event doesn’t necessarily have to mean the last match on the card.

One of the more heavily-voted events, this one was always going to come down to one of two matches. I voted for Austin/Rock III (and I feel it is the best of their trifecta), but the majority went for Shawn Michaels v Chris Jericho. The storyline going into the match was simple; Jericho idolised HBK when the former first broke into the sport, but felt that he had surpassed his hero and wanted to prove it on the biggest stage.

Both men went into the match as mirror images of each other. They contested a stunning match that, in many folks’ eyes, stole the show. Holds, counters, high-flying and stunning psychology (Y2J hitting a superkick and doing HBK’s pose was great, as was HBK kipping up behind Jericho when he did the pose again) made this a match to remember. In the end, Michaels won with a quick roll-up and Jericho, humbled, hugged his hero in the middle of the ring… only to follow that up with a kick to the nuts. To steal the show from the likes of Austin v Rock, Hogan v McMahon, Brock v Kurt and the Pillow Fight (one of them is a jest, can you spot it?) takes some doing, so it’s a testament to both of them that Mr. WrestleMania and Y2J achieved just that. It’s also a testament to Vince that he gave it the time to develop (22mins – the longest match on the card). 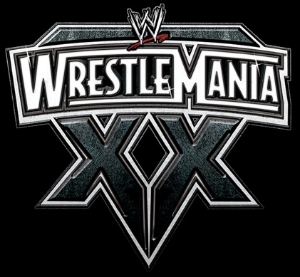 Whether it’s nostalgia and rose-tinted spectacles or merit alone, there was only ever going to be one winner for WrestleMania XX. The story begins at the Royal Rumble where Benoit wins the event, after being forced to enter at #1 by Smackdown General Manager Paul Heyman, earning a title shot at WrestleMania. Exploiting a loophole in the contract, he decides to jump from Smackdown to RAW and challenge Triple H for the World Heavyweight Championship… a decision that doesn’t sit well with HBK. A contract signing for the main event goes awry as Triple H signs the document but, before Benoit can do the same, Michaels superkicks the Canadian and signs the contract instead. After some politics, Steve Austin decreed that Hunter would defend the title in a Triple Threat. Benoit, who had been branded a choke-artist who couldn’t win the big one, had the chance to show his exciting Rumble victory wasn’t a fluke.

When WrestleMania rolled around, many were wondering if the former friendship between Triple H and HBK would be a deciding factor and, in the early going, it was (to the point of the former DX stablemates suplexed Benoit through the announce table), but as the bout wore on, the Canadian got back into it. Near-falls aplenty left the fans with their hearts in their mouths. A Sharpshooter on Michaels elicited a hearty cheer, but that paled into significance when the Rabid Wolverine clamped the feared Crippler Crossface on Trips and pulled for all he was worth. Hunter dragged himself to the ropes, but, not to be denied, Benoit rolled over (keeping the hold locked on), repositioning themselves in the centre of the ring and the live crowd almost burst their own eardrums as the screamed the place down. Triple H had no choice but to tap and the man who could never win the big one had done just that in the most emphatic manner possible.

As memorable as that moment is, it pales in comparison to the after-match celebration. Benoit ascended the turnbuckles to salute the fans and when he came down, his real-life best friend, Eddie Guerrero, was standing there with the WWE Championship on his shoulder. The two men embraced as confetti rained down around them. All the hard work, the sacrifices, the trips to Japan, the indy scene, ECW, WCW, being told they were too small to make… it was all finally worth it. Two men, considered cruiserweight wrestlers at various points in their careers, had ended the biggest show in wrestling history as the main title-holders in an organisation criticized for being obsessed with the larger physique. It was a moment in time that will actually transcend time. Benoit, would, of course, destroy his legacy in a moment of madness, but, on this day, he had reached the highest point all professional wrestlers hope to achieve.