“As far as iMPACT! goes I am expecting something akin to the 10th April 2000 episode of Nitro (aka “The Dawn Of The New Era”) where they went all out debuting new talents, turning people heel or babyface, and concluding existing/forgotten storylines.” (Yours truly, Now That’s What I Call Wrestling #10: Reflections on the Cusp of a New Monday Night War) 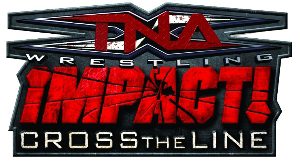 My prediction of 10th April, 2000 Nitro-style anarchy in NTWICW #10: Reflections on the Cusp of a New Monday Night War turned out to be accurate. Particularly when it came to the “debuting new talents” bit as Hogan, Bischoff, Scott Hall, Sean Waltman, Jeff Hardy, Shannon Moore, Sean Morley (formerly Val Venis), Orlando Jordan, Bubba the Love Sponge, The Nasty Boys, Sting and Ric Flair all debuted or returned to the promotion.

The debuts (and re-debuts) didn’t stop there. The following week saw the appearance of original Beautiful People member Angelina Love on iMPACT! and former WWE talents Brian Kendrick and Mr. Anderson (formerly Mr. Kennedy) at Genesis. Perhaps the biggest new addition to the promotion was the return of a traditional four-sided ring which Hogan and Bischoff introduced at the start of the pay-per-view.

Amongst this influx of new talent one heavily touted name was conspicuous by his absence: Rob Van Dam. Tonight ‘Mr. Monday Night’ looks set to take the iMPACT! Zone to the Extreme. Double-thumb points, ‘RVD’ chants and a Van Daminator look to be on tonight’s menu. The question is what else will be? TNA apparently has three big surprises lined up. Completing the re-branding, a new theme tune will be introduced to kick off tonight’s show.

Once again they have got people talking. Only there seems to have been less of a ‘buzz’ surrounding this show than there was on that fateful January evening despite the fact that that was only a one off, a tool to test the waters and create some interest around the new product, whereas this move is permanent.

I think I know why. Monday the 4th January was not only hyped as “the biggest night in TNA history” and the debut of the Hogan/Bischoff regime, but it also marked Bret Hart’s return to WWE for the first time in over a decade. Those two events coinciding made it an even bigger deal than it would have been for TNA (and love him or hate him the debut of Hogan was a big deal for them) since it got people who hadn’t followed wrestling in a while talking, whereas in terms of WWE tonight is just another Raw on the ‘Road to WrestleMania’.

I said in the aforementioned column that I hadn’t watched an episode of iMPACT! since around the time it left TWC for the green(er) pastures of Bravo way back in January 2007 but I made the effort for the last head to head with Raw. Whilst that show was a long way from perfect, I ended up liking some of the stuff on both it and the next week’s iMPACT!. I finally saw Genesis last week and am looking forward to watching Against All Odds at some point since it sounded like a pretty good show. Finding the time is difficult but so far the TNA I’ve seen this year has done a better job at making me think it would be worth following their product regularly than 99% of the other stuff I’ve seen from them post-2005/6.

I’ll be watching it tonight again.

Getting fans to watch a one-off and generating a buzz around the product are all well and good but what do the folks Total Non-Stop Action hope to gain from the move. For a start, TNA’s aim isn’t (and shouldn’t be) to beat Raw in the ratings. At this stage that is Mission Impossible. The ‘point’ is (and should be) for TNA to increase their fanbase and resultantly their revenue. For fans in the United States, Monday has long being established as ‘Wrestling Night’ and as stated in my previous column, the concept of “TNA “going head-to-head with Raw “/ creating a “New Monday Night War” is surely a marketing gimmick to get people talking” with the aim of increasing their ratings through fans flicking over during Raw. At that point, seeing a familiar face can help which is where the big names come into play.

TNA seem to have the right idea. The plan is in place and how they execute it both tonight and over the next month will determine their prospects long into the future. I for one hope they make the most of it. Now That’s What I Call Wrestling.

On another note, I would like to send my condolences to the Poffo family following the death of Angelo Poffo (10th April, 1925 – 4th March, 2010) who passed away last week, aged eighty four.

A graduate of DePaul University (where he played baseball as a catcher), World War II veteran, and the father of ‘Macho Man’ Randy Savage and ‘Leaping’ Lanny Poffo (aka The Genius), Poffo made his wrestling debut against Ruffy Silverstein in 1949. He went on to gain fame throughout the Fifties as a heel under the managerial guidance of his sometimes tag team partner Bronco Lubich.

As a tag team wrestler he held the NWA Texas Tag Team titles (with Lubich), the Indianapolis-based WWA Tag Team Titles three times (once with Nikolai Volkoff, twice as half of ‘The Devils Duo’ with Chris Markoff), and the Detriot version of the  NWA World Tag Team titles (with his son Lanny). Alongside Ken Dillinger, he was also part of the original version of The Graduates– a team who wore graduation robes and mortarboards to the ring – a gimmick that would later be used by Lanny during his run as The Genius.

In singles, he was a former United States Champion in the Chicago territory, defeating Wilbur Snyder on the 27th December, 1958. Poffo played an important role bringing the title to Detroit where it became established as their version of the United States Title from 1959 to 1980 becoming one of the top regional titles of the era and the focus of the legendary feuds between Johnny Valentine, The Sheik, Bobo Brazil and Abdullah the Butcher.

Outside the ring he was well known for his shrewd investments which were referenced when he adopted the gimmick of ‘The Masked Miser’ (he wore a yellow mask and blue ring jacket with ‘$’ signs on them). In addition to his thirty five year wrestling career, he also worked as a teacher, bought into Emile Duprée’s Atlantic Grand Prix Wrestling and ran the highly entertaining Lexington, Kentucky-based ICW an ‘outlaw’ promotion that ran opposite Jerry Jarrett and Jerry Lawler’s CWA in the Memphis territory from 1979 to 1983 and featured talent such as Ronnie Garvin, Bob Orton Jr., Bob Roop, Crusher Broomfield (later One Man Gang/Akeem), Rip Rogers and Pez Whatley as well as himself and his sons. This eventually led to one of the greatest angles of all time when, with ICW in dire straits, differences were put aside and the father and son duo of Poffo and Randy Savage invaded the CWA’s Memphis studio leading to a series of great matches and record attendance figures for a heated Lawler vs. Savage feud.

Poffo was inducted into the WCW Hall of Fame in 1995 and worked several angles with Ric Flair as part of Randy Savage’s feud with Flair.
Perhaps his most unusual claim to fame came in 1945 whilst serving the Navy when he set the world record by performing SIX THOUSAND AND THIRTY THREE (yes, 6033!) sit-ups in four hours and ten minutes without a break – a feat that was captured in Ripley’s Believe It Or Not. In his later years would wear a jacket bearing the number ‘6,033’ as a reminder of this achievement.

3 replies on “Now That's What I Call Wrestling #12: Reflections on the Cusp of a New Monday Night War (Part II)”

Not much of a war if you ask me…WWE pwns!

Great article. TNA’s whole rebranding excerise is fascinating and I’m really interested to how the WWE responds in the long-run.
I came across this post after writing one myself today on Bret Hart and branding which may be of interest.
You can check it out here: CreativePen.co.uk/2010/03/21/copywriting-in-culture-bret-%E2%80%98the-hitman%E2%80%99-hart/
Thanks again, an enjoyable read
Matt

It’s not exactly a war just yet. It’ll be war when TNA’s starts gaining some higher ratings, and when WWE TNA go after the same arenas and target audience. Until then, it won’t actually be a Monday night war. It’s getting there, though.